Saundersfoot Bowling Club is located in the pretty, seaside town of Saundersfoot.  Although only a few miles from the larger town of Tenby, Saundersfoot has the benefit of maintaining a village atmosphere in the beautiful picturesque county of Pembrokeshire, West Wales. You're guaranteed a warm welcome in our club house. 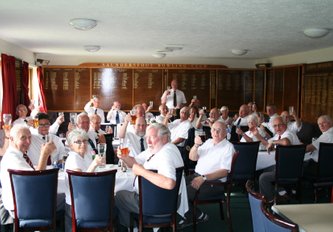 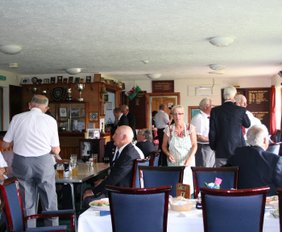 During the club's successful history, Saundersfoot has been honoured with its players being represented at Welsh junior and senior level, both at internationals and top bowls events around the world.  A large number of county titles have also been won by members, together with Welsh competitions, putting Saundersfoot firmly on the bowling map in Wales.

The club also offers coaching for new members of all ages

Meet some of our members in the Heritage Park sponsored club tops.  Heritage Park and Saundersfoot bowling club are raising money this year in aid of the Cancer Research UK Charity